This is a collaborative project where my team at the UVA Biocomplexity Institute used predictive modeling to examine and hopefully mitigate gentrification risk across Fairfax County, VA. 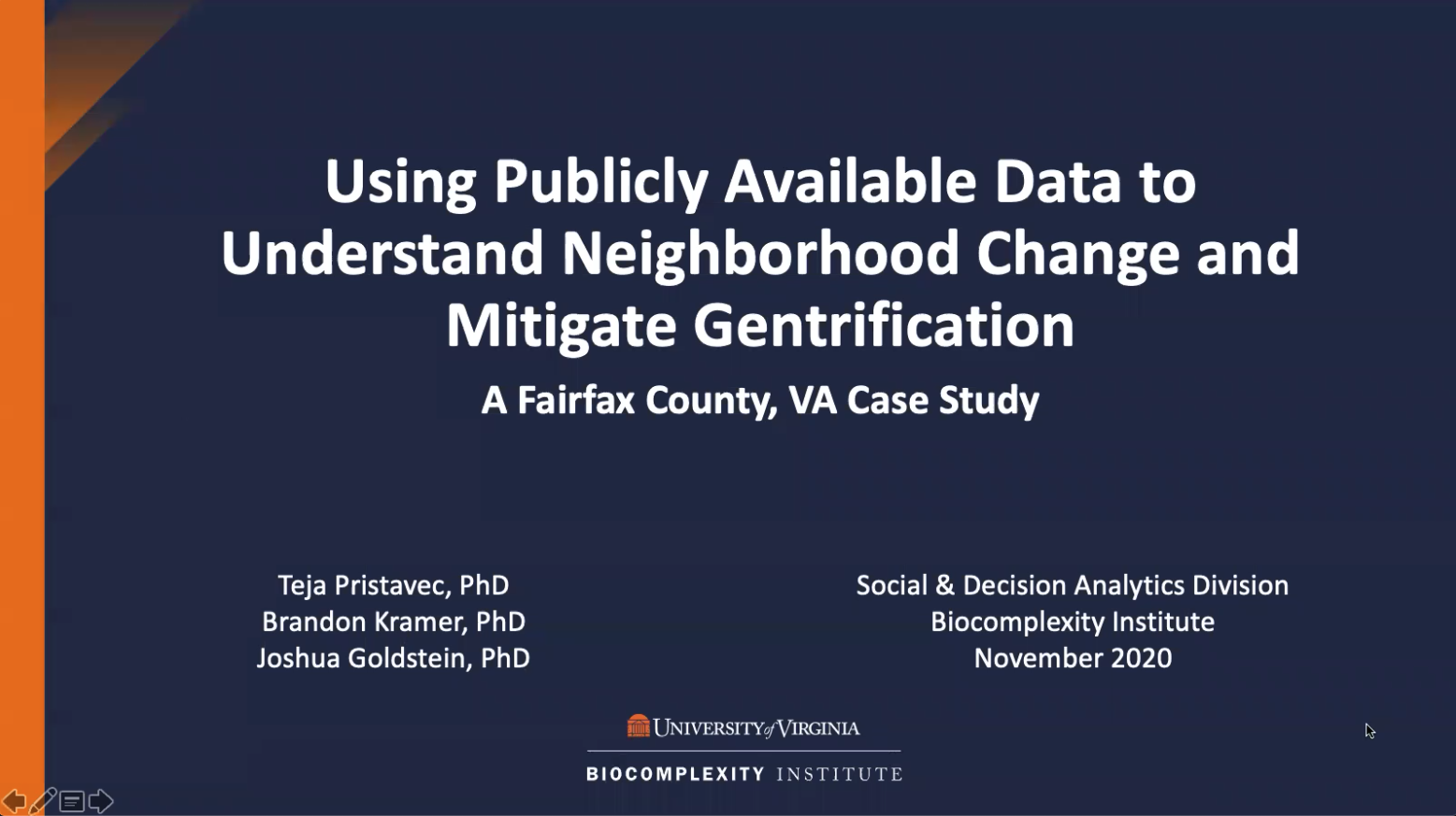 Gentrification refers to the process of areas experiencing an influx of affluent or college-educated residents and businesses, leading to displacement of long-term residents and vulnerable populations. Although research documents gentrification extensively, local governments often lack resources to detect its emergence and mitigate negative community impacts. In this paper, we demonstrate how publicly available data can be used to study gentrification at granular geographies, providing actionable insights to stakeholders seeking to implement programs that can preserve neighborhood diversity and protect at-risk residents. We examine neighborhood change in Fairfax County, VA using US Census Bureau American Community Survey 5-year estimates from 2008/12 through 2014/18. Using three multi-factor dimensions to measure gentrification, we classify tracts into three categories: those not vulnerable to gentrification at baseline; vulnerable but not gentrified; or vulnerable and gentrified over time. We employ a sparse spatial generalized linear mixed model to examine property- and population-level factors associated with neighborhood change, and test effects of a hypothetical policy intervention reducing median property values by 10%. Results suggest that 61% of Fairfax County tracts were not vulnerable and 39% were vulnerable to gentrification at baseline. Of those vulnerable, 49% did not gentrify during the observation period. The remaining 51% experienced significant socioeconomic and investment change over time, and gentrified during the period. Median property values, college-educated population, and white population shares were associated with increased tract gentrification likelihood. Finally, a 10% median property value reduction intervention would reduce the number of vulnerable areas by 26%, and reduce the number of gentrified areas by 50%. We conclude with policy recommendations that could mitigate gentrification in Fairfax County. Our approach highlights how using publicly available data and modeling could assist local governments with decision-making, maximizing the impact of county resources, and improving neighborhood outcomes.